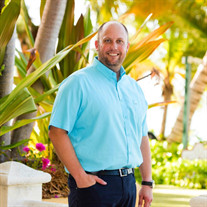 KENNETH COOK THOMAS, JR. March 9, 1977 - April 14, 2022 Kenneth Cook Thomas, Jr., 45, died on April 14, 2022 in New Port Richey, FL after a brave battle with pancreatic cancer. He was surrounded by his family. Ken is survived by many who will sorely miss him. A loving partner of 25 years to wife Molly, Ken was also a supportive and dedicated father to his daughter, Addison and his son, Walker. Additionally, he leaves behind his parents, Ken and Gloria Thomas of New Port Richey, FL, sisters Ashely (JC) Basquill and Heather (Chris) Shoup of Lithia, Florida as well as his maternal grandmother, Arlene Brazell of LaGrange, GA. He is also survived by many aunts, uncles, nieces, nephews, cousins, in-laws, and friends. He was predeceased by his maternal grandfather, James Winston Brazell of LaGrange, Georgia, his paternal grandfather, Jerry Thomas, and his paternal grandmother, Jeannie Thomas. Ken was born in Tallahassee and raised in Jupiter, FL alongside his sisters and their large, extended family. He graduated from Jupiter High School in 1995 and continued his education at Florida State University, where he met Molly during his undergraduate studies. The two attended law school together and enjoyed studying abroad and traveling, a passion they would later share with their children, traveling to more than a dozen countries as a family. Ken graduated from Florida State in 2003 at the top of his class after earning his B.S. in Finance, his J.D. and his MBA. Ken began his law career in the Tampa area with a well respected firm and later went on to co-found Marshall, Thomas, Burnett, a successful first party insurance litigation firm. Later in his career, Ken, always the entrepreneur, began to shift his focus from litigation to international real estate development and luxury hospitality consulting in the Cayman Islands. In 2017, Ken relocated to Grand Cayman full time with Molly and their children, eventually settling in the district of West Bay. Ken will be remembered for his intelligence, his sense of humor, his generous heart and his gentle soul. A private service will be held on April 24, 2022 In lieu of flowers, please consider a donation to the Children’s Dream Fund, an organization that makes dreams come true for children with cancer. www.ChildrensDreamFund.org.

The family of Kenneth Cook Thomas Jr. created this Life Tributes page to make it easy to share your memories.

Send flowers to the Thomas family.