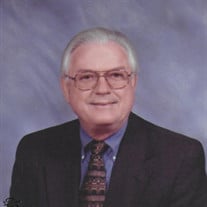 H. G. Fisher, Jr., passed away on Thursday, October 14, 2021, in Trinity, Florida. He was born May 3, 1932 in Alamance, NC, the son of The Rev. Herman G. Fisher, Sr. and Ruby Lowder Fisher. He is survived by his friend of 40 years, Louis Checkers; his son, John Michael Fisher, wife, Julie, granddaughter, Lindsey Snyder, husband, Sean, great grandson, Rylan Dean, daughter, Jane Elizabeth McElhaney, husband, Tom, granddaughter, Katie Henriques, husband, Alfredo, great grandchildren, Eleanor Joy (Ellie) and Zayn Alfredo, step grandchildren, Patrick McElhaney, wife, Jaclyn, Jeff McElhaney, wife, Jennifer, Bryan McElhaney, wife, Daniela, Jennifer Zapadenko, husband Joshua, and eight step great grandchildren. He is also survived by his sister, Anne Williams of Thomasville, NC, and his brother, John H. Fisher, wife, Linda, of Lexington, SC. He was predeceased by his parents, The Rev. Herman G. Fisher, Sr, wife, Ruby, Step Mother, Helen Fisher and his sister, Ruby Farish of Gulfshore, AL. H. G. graduated from Central High School, Rutherfordton, NC and Lenoir Rhyne University, Hickory, NC with an AB in Music as an organ major. He graduated with honors and received the Senior Music Award. He also graduated from Lutheran Theological Southern Seminary, Columbia, S. C. with an STM Masters in Sacred Theology. For fifty years H. G. served various banks in NC, SC, GA and FL as a trust officer. He attended the Carolina School of Banking in Chapel Hill, NC and graduated from the National Graduate Trust School in Evanston, IL. In NC he began his career with First Citizens Bank in Raleigh, N. C. and continued later in Hickory, NC. He was active in various organizations including the North Carolina Jaycees where he served as Vice president of several chapters and State Chaplain for two years. In SC he worked for First Piedmont Bank, Greenville, SC as Vice President in charge of their Trust Department for several years. He was also active in many civic groups and helped to organize a local Sertoma Club and served as its Vice President and President. He then joined Trust Company of Georgia in Atlanta and served as Vice President and manager of their Decatur office. In 1981, H. G. moved to Florida and served as Vice President of First National Bank of Florida in Fort Myers and a year later was transferred to Naples/Marco Island to start up a new trust department as Area Senior Vice President and Senior Trust Officer. After 10 years, He joined Barnett Bank of Florida in Naples where he served as Trust Business Development Officer. For the next three years he won the highest annual award for having secured the most new business of any officer in the entire state. In his last year with Barnett, he was transferred to Sanibel Island to organize and manage a trust department. He retired the following year when Barnett was purchased by Nations Bank to eventually form Bank of America. During the 40 years he lived in Florida, H. G. was active in many organizations and activities. He was Vice President and then President of the Marco Island Rotary Club; Board Member of the American Cancer Society, Collier County Mental Health Association, Treasurer of the Naples Players Guild and was an active member of the Naples Estate Planning Council. He also served as Secretary and member of the Cypress Woods Golf and Country Club Master Board of Directors and more recently, a member of the Board of Directors of The Reserve at Estero. As a banker, most of his career was devoted to trust and investments, but during his entire lifetime he was involved in church music and shared his love of music as choir director and organist with many churches. It all began at the age of fourteen when H. G. directed his father’s choir in high school and for over 70 years he continued his ministry of music. Some of his most memorable positions were Christ Episcopal Church in Raleigh, NC; St. Matthew United Methodist Church in Greenville, SC. and St. John’s Lutheran Church in Atlanta, GA. While living in Naples, H. G. served as Organist/Choir Director at Emmanuel Lutheran Church, Naples for 20 years, Director of Music at Shepherd of the Glades Lutheran Church, Naples for 8 years and Director of Music and Organist at St. Peter Evangelical Lutheran Church, Ft. Myers Beach for 2 years. After his third retirement, he continued to assist other churches including Faith Lutheran Church, Lehigh Acres, Christus Victor Lutheran Church, Bonita Springs, Peace Lutheran Church, Ft. Myers and Grace Lutheran Church, Naples. He was directly involved in securing new pianos and pipe organs at both Emmanuel and Shepherd of the Glades which he considered outstanding achievements. H. G. was involved in many musical organizations including the Naples-Marco Philharmonic Orchestra, the Naples Fine Arts Society, Association of Lutheran Church Musicians and Member-at Large of the Southwest Chapter Board of Directors of the American Guild of Organists. In 2018 H. G. moved to Odessa, Florida to be close to his son and daughter in law, Mike and Julie Fisher. He continued to assist various churches as supply organist in the greater Tampa area and served on the Board of Directors of the Clearwater and Tampa American Guild of Organists. A memorial service and celebration of his life will be held at a later date at Emmanuel Lutheran Church, 777 Mooring Line Drive, Naples. His ashes will be interred in the memorial garden at Emmanuel and in the Fisher family plot in Faith, NC. In lieu of flowers, expressions of sympathy may be made to the Lutheran Theological Southern Seminary of Lenoir Rhyne University, Attn: Liz Cox, Box 7467, Hickory, NC 28603 for The Reverend Herman G. Fisher Scholarship for Sacred Music. Phone 828-328-1741 for online donation instructions.

The family of Herman G. Fisher Jr. created this Life Tributes page to make it easy to share your memories.

Send flowers to the Fisher family.