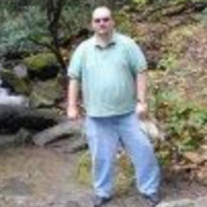 Born to Bill and Mary Butler in Duluth, Mn on 9/8/76, where he resided until the family moved to Clearwater, Fl in 1982 and hence to New Port Richey in 1984. He attended Curlew Creek Elementary, Anclote Elementary, Seven Springs Elementary where he made friends for a lifetime. He attended Gulf Middle School and River Ridge High School graduating in 1995. Through his school years he participated in many sports including soccer, baseball, and basketball, often being chosen to the all star teams at end of season. In high school he played basketball and ran track. He was an honor graduate and member of the National Honor Society. He participated in FBLA and as a Senior won the Mr. FBLA competition for the state of FL and represented FL in the national competition. He also joined the Boy Scouts and worked his way up to troop leader, 1st Class Scout and member of the Order of the Arrow, attending the National Jamboree in 1989 at Ft. A.P. Hill in Virginia. Todd entered USF as a Business Major in the fall of 95 and graduated with a 3.2 GPA in Business Management. He Worked for the Southwest Water Management District, starting as a computer operator and working up to information services analyst. He last worked at Data Link Software. Todd enjoyed travel and made two Caribbean cruises with sister Claire and her husband Bill, several trips to the Smoky Mountains with Mom and Dad, especially enjoying the Roaring Fork trail and Cades Cove. He made a long driving trip out west with long time friend Jeff Pochilly and for work attended technology conferences in Scottsdale Arizona, and Las Vegas, Nevada. He had a good group of friends in his last years that often got together to celebrate birthdays and other special occasions, and occasionally travelled together which he especially enjoyed. Todd was a lifelong sports fan. he started to play hockey as a 4 year old, when the sticks had to be cut down to size, and continued his interest in sports with golf and tennis lessons. He loved to follow the NBA competitions, as well as all NCAA sports, the Bucs, and Lightning. He was always watching sports, and even loved international competitions which he would follow in the middle of the night. The was a quiet, loving person, a good friend, excellent brother, and wonderful son. Todd is survived by his parents, Bill and Mary Butler, sister Claire and husband Bill Schaller, and predeceased by niece and god daughter Sarah Schaller. He also has a special friend Jessica Noggle Werkman Todd of 30 years, Uncle and Aunt John and Julie Westlund, cousins, other family and many friends.

Born to Bill and Mary Butler in Duluth, Mn on 9/8/76, where he resided until the family moved to Clearwater, Fl in 1982 and hence to New Port Richey in 1984. He attended Curlew Creek Elementary, Anclote Elementary, Seven Springs Elementary... View Obituary & Service Information

The family of Todd Aaron Butler created this Life Tributes page to make it easy to share your memories.

Send flowers to the Butler family.