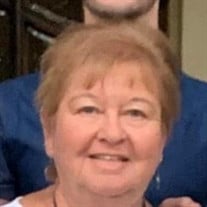 Sheila (Glasser) Shear 9/16/43-7/17/2020 It is with extreme sadness and confusion that we let you all know that our mother, Sheila Shear, passed away just after midnight on 7/17/2020. There is a hole in our hearts and the universe right now where she should be. We are trying to fully understand what happened as this is a huge shock to all of us despite her recent health issues. One of the only items of comfort for us right now is that she is not suffering and is reunited with our dad, who also passed away too soon 18 years ago as well as her parents (Nathan and Martha Glasser) and two brothers (Malcolm and Joel Glasser). She was a powerful force who was able to raise three kids as well as educate and guide thousands of students for decades. Her greatest joys were her 7 grandkids, puppy Shayna, playing mah jong with her friends and relaxing in Sanibel. She was the rock of our family. Any family event, happy or sad wasn’t complete without sharing it with Sheila. She enjoyed her visits around the world, especially being able to spend time with her extended Uruguayan family. Her home was always filled with friends and more often than not the sounds of tiles clicking and hearing “two bam” could be heard when anyone would call her at home. Her friends were more than just that, they were part of her family. Those closest to her knew and shared in her struggles and simchas. Not having any sisters growing up, her friends certainly held that place for decades after moving to Florida from New York. If you were honored to know Sheila, you knew there was no grey area. She let you know where you stood with her. She was a strong woman who took after her mother, Martha (dec). Like her mom, Sheila went into education after graduating from high school at 16 and attaining a degree from Brooklyn College in NYC. She worked for 3 decades in the Pasco County school district as both a teacher and guidance counselor. She met her husband, Harry (dec) when they were kids from mutual friends and family in New York City. Harry and Sheila were married for 38 years before his passing in 2002. They raised three kids, Esther (Peretz), Scott and Evan. She was blessed with 7 grandkids, Meital, Noah, Ryan, Alex, Ethan, Hadyn and Jared. She also had a special bond with her two daughters’ in law, Mariela and Jana. Sheila loved each of them without compromise and often would assist them how she could and as they needed. Whether it was a caring ear, a sounding board or a kick in the pants, or sometimes money to get them moving in the right direction, she was always there to provide the help. Sheila also had a special bond with her “fur-baby” Shayna. She would be seen around the neighborhood daily walking her little Shayna. Shayna was another example of Sheila’s charitable heart as she was a stray, she took in years ago and remained by her side devoted to the end. Sheila was very involved in various charities throughout her life. She was a past president of her Temple, a force in sisterhood, among many other organizations. She loved her family and she took herself lightly, but her job seriously. In lieu of flowers, the family asks that you be good to each other, love each other, don’t let petty differences keep you apart and possibly make a donation to either the Suncoast Animal League, St Jude’s Children’s Hospital or The American Kidney Fund.

Sheila (Glasser) Shear 9/16/43-7/17/2020 It is with extreme sadness and confusion that we let you all know that our mother, Sheila Shear, passed away just after midnight on 7/17/2020. There is a hole in our hearts and the universe right... View Obituary & Service Information

The family of Sheila Shear created this Life Tributes page to make it easy to share your memories.

It is with extreme...

Send flowers to the Shear family.