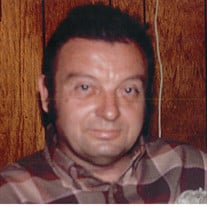 Ross W Broda born January 6, 1941 deceased October 12, 2019 Ross suffered many strokes since 2013, but had a brain stem stroke on Saturday, September 7th. After ten days in ICU and a few days in rehabilitation attempts, we brought Ross home with Hospice where his loving wife attended him every minute without any thought to anything but Ross. For everyone who knows Ross and Sylvia know the bond they shared. Ross was predeceased by his eldest son, Ross Jr and will lie beside him on Earth and fly as angels above us. Ross Leaves behind Sylvia Louise Broda, a loving wife of 54 years. They celebrated their 54th anniversary on October, 10, 2019. Ross has two living children, James Broda and Wendy Thomas He is survived by seven grandchildren, Tasigua, Ivy, Cassy, Jimmy, Jamie, Russell and Erin and 11 great grandchildren. Ross served honorably in the army during the Vietnam era. After being honorably discharged on October 7th, he married his 16 year old bride on October 10, 1965. Ross is survived by two brothers, Dale Broda and Paul Harvey Broda. Ross goes to heaven to join his two older brothers, Vernon and Wayne, their loving mom, Lucy, dad, Paul and son, Ross Jr. Ross in now playing fetch with Duke and lining up who to fish with and who is going to help him weld bird aviaries. Ross was an expert carpenter and designed and built his own home. He drove fast cars in his youth, once or twice having to repaint the car to change its appearance. He traded in the cars for the trucks to fit his growing family. He fished as he lived with passion and dedication whether it was on the old Captain Bob, a 42 foot deep sea fishing boat or the John boat gigging with a flash light. Whatever Ross did he did with his heart and hands. Ross is incredibly loved and serves as a role model. Ross is a great man. Maybe, just maybe he is an angel for all of us now. When in need, call on him and just like in life, he will guide you on your path.

The family of Ross Broda created this Life Tributes page to make it easy to share your memories.

Send flowers to the Broda family.