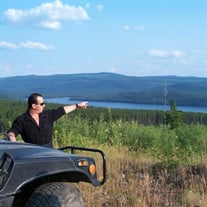 Rodney C. Bohn (1957 - 2021), Chairman of the Board of Artix Entertainment Intro Rod Bohn, businessman, accomplished outdoorsman, and loving husband, father and grandfather, died at age 63, on Saturday, February 13, 2021 with his wife and son by his side. Bio Born in 1957 in Altoona, Pennsylvania, Rod met the love of his life, Debbie, at 14. Together, they would raise their son, Adam, and build several multi-million dollar companies. Over his 40 year career, he became a leader in the agricultural, outdoor adventure, and digital entertainment industries. Above all, Rod was generous. One of the guiding principles he passed on to those around him was, "You cannot create wealth by taking. You create wealth by helping others get what they want." He knew the best way to succeed was to help those around him find their own success and happiness. Family Rod is survived by his wife, Debbie Bohn; his son, Adam Bohn; his father, Charles Bohn, his three loving grandchildren, aunt, uncle, cousins, nieces and nephews and friends all over the world.

The family of Rodney Bohn created this Life Tributes page to make it easy to share your memories.

Send flowers to the Bohn family.