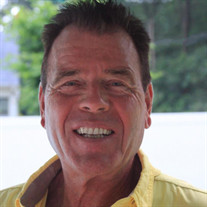 February 13,1947 to April 18,2020 Robert (Bob) Charles Westbrook was born in Queens, NY, the son of Charles and Ruth Westbrook. He married Patricia A. Wagner, also from Queens, in 1969, moved to Long Island in 1976 and graduated with degrees in aeronautical and mechanical engineering. He worked as an engineer at what later became Verizon at the company’s Manhattan offices and earned an MBA in 1983. He and Pat, a registered nurse, had a family of two boys and two girls. Their happiest memories are of spending time together on family vacations to the beach. Bob loved the beauty of our country and took his family on trips to the Grand Canyon and Yellowstone National Park, among many others. Bob was best known for his faith and his commitment to helping others through service. He was active in his parish, St. Peter the Apostle Catholic Church, and was a member of the church’s conference of the Society of St. Vincent de Paul. He will be remembered for his compassion for those in need. He also found fellowship with dear friends and believed in sharing the message of God’s love for us. Bob had a second career as a medical social worker and earned a Masters of Social Work in 1998. He was called upon to counsel patients dealing with end of life issues. He was given a devastating cancer diagnosis in 2012 and with courage, blessings, state of the art treatment and the kindness of amazing friends, he survived to serve as an inspiration to others who were facing the darkness of their own cancer diagnosis. He shared his story at a speaking engagement on behalf of Moffitt Cancer Center in 2014. He was never in one place for too long as he loved to travel. Only last year he drove across the country to San Diego. He was passionate about being on the road, cherished his independence and would have been planning trips for many more years to come. He faced the end of his life with dignity, peace and grace. He is survived by his son Peter, Peter’s wife Ellen and their children, grandchildren Taylor and Dylan, his daughters Christine and Amanda, and his sister Mary, her children and grandchildren. He is predeceased by Pat and his son Paul. He will be forever in our hearts. A memorial mass will be held at St.Peter the Apostle Catholic Church when it is safe for us to gather. Those who wish to remember Bob in a special way may make donations in his memory to: St. Peter the Apostle Church 12747 Interlaken Road Trinity, FL 34655

February 13,1947 to April 18,2020 Robert (Bob) Charles Westbrook was born in Queens, NY, the son of Charles and Ruth Westbrook. He married Patricia A. Wagner, also from Queens, in 1969, moved to Long Island in 1976 and graduated with degrees... View Obituary & Service Information

The family of Robert Westbrook created this Life Tributes page to make it easy to share your memories.

Send flowers to the Westbrook family.