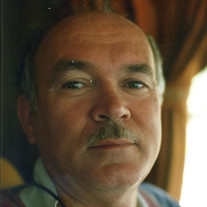 Robert Tracy Barrett, beloved husband, father, grandfather, and brother, passed away on Tuesday, February 1 in Trinity, Florida at the age of 82. Robert was born April 27, 1939, to John Erwin and Jesse Marie Barrett (Wolfe) in Alexandria, Virginia. He was raised on the family dairy farm, Sunnybrook in Manassas, Viriginia alongside three older brothers and four foster brothers. He intermixed 6 months of active duty in the US Army and five years in the US Army Reserves with attending college at Virginia Tech. It was in Blacksburg, VA that he met the love of his life Barbara Carol Fitzhugh and they were married on August 31, 1962. He subsequently graduated from VPI with a BS in Building Construction in the School of Architecture in 1965. Bob and Carol welcomed four children beginning in 1967; Andrew Dean Barrett, Robin Tracy Barrett, Jennifer Leigh Barrett, and Jesse Wolfe Barrett. “Bob the Builder” went on to a 46 year career in construction, building just about every edifice possible in and around Washington DC. This included a seven year joint venture with his best friend Grady Smith as Barrett-Smith Incorporated; building single family homes on the old family farm; eventually building Sunnybrook Golf, an award winning golf range facility fronting the historic stone barn built by his father seven decades earlier. He finished with a dozen years at Hamel Builders, building numerous retirement communities, providing thousands of units to the area. Robert’s true masterpiece was the family home on Waples Mill Road in Oakton, Virginia he and Carol purchased together in 1970. Over the next 50 years he transformed a small Cape Cod house into a sprawling 3 story home surrounded by an enormous barn garage, landscaping and a wildly productive vegetable garden. It was through long days of toil and labor in that house yard that Robert imparted his greatest wisdoms and love for his family around him. Robert and Carol moved to the Tampa area in 2020 to be near family and live out their lives in the Florida sun. Robert was preceded in death by his father, John Erwin Barrett, mother, Jesse Marie Barrett, and brothers Gene Wolfe Barrett and Daniel Howard Barrett. He is survived by his beloved wife, Carol Fitzhugh Barrett, his children, Andrew, Tracy, Jennifer, and Jesse; eight grandchildren, brother John Erwin Barrett Jr, and many cousins, nieces, and nephews. A Celebration of Life for Robert is planned for Sunday, February 13, 2022, from 1 pm to 3 pm at his home with Carol, 1239 Sweet Jasmine Drive, Trinity, Florida 34655; all are invited to attend. In lieu of flowers, people wishing to honor Robert can make donations in his memory to the Parkinson’s Foundation, 200 SE 1st St, Suite 800 Miami, FL 33131 Ways to Give | Parkinson's Foundation

The family of Robert T Barrett created this Life Tributes page to make it easy to share your memories.

Send flowers to the Barrett family.