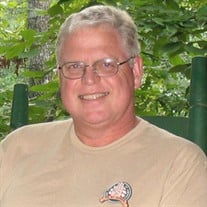 Randall (Ron) Gene Steverson Ron was born March 5, 1956 in Landstuhl, Germany, on a US Army base to a career soldier, Ray Steverson, and his wife Florene. He is the middle son, with brothers Rick and Joe. At age 5, he moved with his family to the Florida panhandle, where his parents were grew up. Ron had a typical “Army Brat” upbringing, living in various southern states where there were Army bases. His father, a helicopter pilot with 2 tours in Vietnam under his belt, talked him out of a military career. So, after high school he had a variety of jobs and then started college. Armed with an HVAC degree, he started his own air conditioning business. He determined that small business ownership was not for him, and worked in several other fields, including work on an offshore oil rig off the coast of Louisiana. Ron moved to Tampa in 1980, and found a forever home. He finally found a career he enjoyed at United Technologies Automotive. He completed a degree in Engineering while there and enjoyed a 30-year career at UTA, and at Lear Corporation when the company changed hands. Later he enjoyed working as a contractor in Johnstown, Pennsylvania, and at Lockheed Martin in Oldsmar. Tampa was a good fit for Ron in other ways as well. He found friends in a group who called themselves the Spartans, as many of them went to University of Tampa. With the Spartans, he enjoyed some of his favorite activities, including skiing trips, golf, fishing, watching sports and beach outings. Then in 1987, Ron met Barb Simon through mutual friends. They married in June of 1989, and had two sons, Marcus and David. Ron enjoyed being a father and was so proud of his sons. He enjoyed cheering them on in sports and camping with them as they both grew to be Eagle Scouts. He was proud to see them grow in their Christian faith, start families and see them land in successful careers in law and finance. His son Marcus married Jeanette Bustillo in 2015, and welcomed daughter Luna in 2018. Son David married Natalie Sands on December 31, 2020, moving their wedding from a later planned date so Ron could be present and enjoy it. And he certainly did enjoy it. Ron was raised in the Baptist tradition. In his mid-thirties, Ron re-dedicated himself to Jesus. He served on the Vestry at St. Clement’s Episcopal church in Forrest Hills. In 2000, he joined Van Dyke United Methodist Church (now Bay Hope Church). He served on the communion team, and he volunteered in the Vineyard store. But his favorite ministry was Prison ministry. He volunteered for years with Bill Glass Prison Ministry; Abe Brown Prison ministries and Kairos. He witnessed his faith to inmates at many local institutions, and brought many to Jesus. Ron never took himself too seriously and dealt with all things in life with humor. His laid-back personality was enjoyed by his family and friends. His coworkers seemed to appreciate his calm and cheerful demeanor. He, in turn, appreciated all the people and blessings he had in life. Ron Steverson was not famous, nor rich. He was just an ordinary guy. He was content to accomplish things and serve in the background without fanfare. But to his wife, he was a faithful, loving husband, the love of her life. To his sons, he was a wonderful father. To his granddaughter, he was her loving “Pa”. He was the best at loving his family and being a friend. He often said “I am rich in the things that matter”, and he was. He will certainly be missed. A Celebration of Life service was held on March 12, 2021 at Bay Hope Church. A link to the recorded service is below. https://youtu.be/jbJndRZTkhI

Randall (Ron) Gene Steverson Ron was born March 5, 1956 in Landstuhl, Germany, on a US Army base to a career soldier, Ray Steverson, and his wife Florene. He is the middle son, with brothers Rick and Joe. At age 5, he moved with his family... View Obituary & Service Information

The family of Randall Steverson created this Life Tributes page to make it easy to share your memories.

Send flowers to the Steverson family.