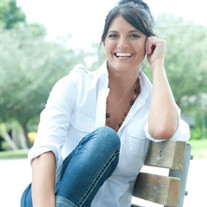 Lori Denise Pielak-Keane ,Born in Lorain Ohio, on October 2nd, 1970. She suffered complications from an iron infusion and went to heaven on July 14, 2021. Lori moved to Florida in 1983 and grew up in Palm Harbor. She attended East Lake High School class of 1989. During and after high school, Lori pursued a professional modeling career that would lead her to travel the world and live in Barcelona, Milan and Paris. Lori was an active model for almost 30 years. She also worked in the modeling industry as a talent director, training and scouting for talent. She then pursued a mini career as a marketing/sales and promotions director. In her later years, up to the time of her death Lori was taking care of the elderly on a 1 on 1 basis. . Lori was an avid advocate and lover of animals. She enjoyed skiing, golfing, and Ice skating. Lori loved going to the beach and enjoyed the sun, surf and sand. She was also an avid fan of professional football, baseball, basketball and hockey. Lori was a shining star that would light up a room, and is now lighting up heaven, a true free sprit who loved to have fun. Lori is survived by the loves of her life, her son, Alexander Pielak and Grandson Parker Mason Pielak. She is also survived by Husband, Michael Keane, step children Mikey, Quinn, and Katie Keane , Brothers Todd Kroucik (Cher), Mark Kroucik (Jeffery), Sister, Keri Lynch (Paul) , nephews, Cory, Colin and Carter Lynch and niece Raegan Lynch, and numerous friends and acquaintances around the world. Lori was preceded in death by her beloved Grandparents Helen and Bob Karam. “Don’t cry because it’s over, Smile because it happened”

Lori Denise Pielak-Keane ,Born in Lorain Ohio, on October 2nd, 1970. She suffered complications from an iron infusion and went to heaven on July 14, 2021. Lori moved to Florida in 1983 and grew up in Palm Harbor. She attended East Lake High... View Obituary & Service Information

The family of Lori Denise Kroucik-Pielak created this Life Tributes page to make it easy to share your memories.

Send flowers to the Kroucik-Pielak family.