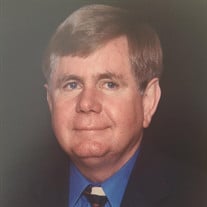 Mooney, Dr. John Patrick,76 Lewis Carroll said, “One of the secrets of life is that all that is really worth the doing is what we do for others.” These words describe the priorities of Dr. John Mooney’s life. Dr. Mooney was a man of pure goodness, always a quiet source of gentle strength; kind, humble, giving, healing and loving. He had a great love for landscape architecture design, which he passed on to his family. His gardens were envied and admired by friends and family, some remarking that they were comparable to those at Disney World. John also maintained a love for music throughout his life. He was talented guitarist and enjoyed playing the harmonica. His daughters fondly member his renditions of “Puff the Magic Dragon” played for them at bedtime. He had a soft spot for all animals and was unconditionally loved by the many that shared a home with him and his family. He selflessly dedicated 27 years to saving lives in both adult and pediatric emergency rooms at St. Joseph’s Hospital in Tampa. He treated everyone with unwavering gentle compassion. He was born April 5, 1945 in Orlando, FL to Jean and Floyd Mooney. He attended Christ The King School until 8thgrade and then Jesuit, Tampa, FL for high school. He had an early interest in science and medicine. He turned the garage of his family home in South Tampa into a chemistry lab unbeknownst to his unsuspecting mother who would frequently purchase chemicals and equipment at his request, having little notion as to the purpose of these acquisitions. His willingness to “sacrifice himself for science” was made evident by the damage he did to his hearing conducting various explosive “experiments.” Although he began his collegiate career at the University of Florida, he realized early on the need to transfer from the festive environment of that institution if he were going to make it to medical school. John detested Calculus. He celebrated the passing of this course by tossing his Calculus textbook off the top floor of his dormitory building saying “good riddance!” He made sure to pass this wisdom to his daughters by always reminding them “always be suspicious of anyone who loves math because something is definitely not right with them!” He went on to complete his B.A. Degree at the University of South Florida, Tampa, and his M.D. at the University of Miami School of Medicine, where he met his wife, Linda, of 51 years while she studied pediatric nursing. He fulfilled his internship and residency at Tampa General Hospital. He was Board Certified in Emergency Medicine and Medical Director of the Emergency Department 1986-1993 and Emergency Physician 1975-2003. He belonged to the Hillsborough County Medical Association, Florida Medical Association, American Medical Association, and American College of Emergency Physicians. His various appointments included American Board of Emergency Medicine, Oral Examiner, American Heart Association Basic Life Support Instructor, Advanced Life Support Instructor, Advanced Cardiac Life Support Florida Affiliate Faculty, Medical Advisor to Tampa Fire Rescue, Medial Advisor to Hillsborough County Emergency Medical Services. He helped write Tampa Fire Rescue Standing Orders & Protocols for Hillsborough County EMS. He proudly served as a major in the US Army Reserves. John received a volunteer-of-the year award from Allegany Health Systems for his extensive Medical Missionary work in Haiti. Four times a year he would gather Medical Teams to travel at their own expense to work tireless hours in makeshift clinics to help those in need. He held babies too weak to take formula from an eyedropper, he had been stopped at roadblocks by men with machetes. He felt that there was nothing else he could do to make such a difference, stating “it is what I became a physician for;” and reminding his daughters: “the more you have, the more you have to give back.” John died at home with hospice May 9, 2021. He is survived by his wife of 51 years, Linda Anderson Mooney; son, Ron Curtis Mooney and his wife Pat, daughter, Lisa Ann Mooney and her husband Richard Vernon, daughter Rebecca Jean Shepherd and her husband Arty Shepherd, and granddaughter Charlotte Moon Shepherd; and his two brothers, Mark and Michael Mooney. He is predeceased by daughter Laura Mooney Sinclair and sister Patricia. One of his favorite guilty pleasures were the novels of Western writer Louis L’Amour who said “When I die, remember that what you knew of me is with you always. What is buried is only the shell of what was. Do not regret the shell, but remember the man. Remember the father.” And so we shall.

Mooney, Dr. John Patrick,76 Lewis Carroll said, &#8220;One of the secrets of life is that all that is really worth the doing is what we do for others.&#8221; These words describe the priorities of Dr. John Mooney&#8217;s life. Dr. Mooney... View Obituary & Service Information

The family of Dr. John P. Mooney created this Life Tributes page to make it easy to share your memories.

Lewis Carroll said, “One of the...

Send flowers to the Mooney family.