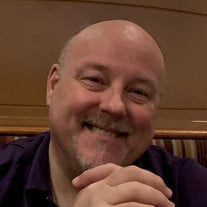 Cox, John Samuel, 61, of Land o Lakes, passed away peacefully on April 8, 2022. Sam was born on January 3, 1961, in Little Rock, Arkansas to the late Dulin M. Cox and Mildred Cox. With over three decades working in safety and security, Sam's life reflected the profession he loved. After graduating high school at Catholic High School for Boys in 1979 in Little Rock, Arkansas, Sam attended the University of Arkansas where he earned a Bachelor's degree in Political Science and a Master's degree in Police Administration, graduating in 1986. Shortly after, Sam joined the training division of the University of Arkansas Police Department, where he served for five years. He became the Chief of Security at Washington Regional Medical Center in Fayetteville, Arkansas, where he worked for twelve years. In 2005, Sam transitioned to Texas A&M Engineering Extension Service as a Program Coordinator with the Department of Homeland Security and became the Critical Infrastructure Key Resources Specialist until 2014. Sam then served at Oklahoma State University as the Director of Security, Safety, & Risk Management for over 3 years before moving to Tampa, Florida and assuming the Director of Public Safety & Emergency Management with Hillsborough Community College. In each of these positions, Sam made close, life-long friends that he cared for deeply. His favorite moments were spent with his kids and grandkids, but especially with his wife, who was his very best friend, as they consistently visited the happiest place on earth, Walt Disney World. He'll always be remembered as the goofy, brilliant, kind man that left a forever impression on our hearts. Sam is survived by his loving wife of 21 years, Susan Cox; his children Angela Tison (Brian), Andrew Poole (Denna), and Lindsay Garrow (Nathan); grandchildren Jaiden (Ryan), Abigail, Lily, Evan, Liam, and Jayden. A small celebration of life will take place on Thursday, April 14th at 6:00pm for local friends of Sam in the gathering room at the Mystic Pointe condominiums in Land o Lakes, Florida. A formal memorial service will be held for him in Oklahoma City at a later date that will be updated here when arrangements have been finalized. *In lieu of flowers, please consider a donation on Sam's behalf to the American Heart Association to benefit those that may experience the same fight that he fought so well.

The family of John Samuel Cox created this Life Tributes page to make it easy to share your memories.

Send flowers to the Cox family.