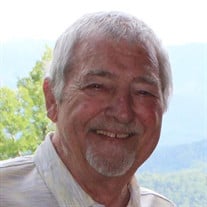 Daniel E. Taylor, 76 of Trinity, Florida passed away October 6, 2019 at Tampa General Hospital surrounded by his family. Dan was born in Maspeth Queens, New York in 1943 and moved to Lyndonville, New York at the age of 9. He graduated from Lyndonville Central High School in 1961 where he was a gifted athlete. Dan went on to play semi-pro football with the Medina Macs for two seasons. He joined the Air Force in 1963 and served until 1966. Dan married his high school sweetheart (Pat) in July 1966. Together, they raised two wonderful children. The family moved to St. Petersburg, Florida in the summer of 1979. He coached little league baseball and softball at Meadowlawn Little League as well as Bandit Football for Northeast for many years. He owned the Family Bike Shop and eventually retired from Gulf Aluminum. Dan received a heart transplant in March 1998 at Tampa General. He never wasted a single day. Dan was a kind and generous man who loved God and his family, especially his grandchildren and great grandchildren. He was an avid golfer, enjoyed playing cards, reading and camping. He spent time traveling the country and going on cruises. His beautiful voice and loving spirit will be remembered by all who knew him. He was preceded in death by his parents, Edward and Marion Taylor. Dan is survived by his wife of 53 years, Patricia Taylor; his Children: Amy Jones (James) and Jeffery Taylor (Renee); Grandchildren: Sara Coxwell (Corey), Jessica Taylor, Kaylyn Taylor, Daniel Taylor, Teresa French and Michael French; Great Grandchildren: Logan Coxwell, Charlotte Coxwell, Spencer Taylor and Wade Reyes; Sister: Norma Jean Pollard; Brother: Mark Taylor (Lois) along with brother in-laws, sister in-laws and many cousins, nieces and nephews. Dan’s Celebration of Life Service will be held on Saturday, October 19, 2019 at 11am (calling hours start at 10am) at Trinity Memorial Gardens, 12609 Memorial Drive, Trinity, Florida 34655. Memorial donations may be made in Dan’s name to the American Heart Association (https://www.heart.org), National Kidney Foundation (https://www.kidney.org/support) or Tampa General Hospital Foundation – Heart Transplant Research (https://www.tgh.org/foundation)

Daniel E. Taylor, 76 of Trinity, Florida passed away October 6, 2019 at Tampa General Hospital surrounded by his family. Dan was born in Maspeth Queens, New York in 1943 and moved to Lyndonville, New York at the age of 9. He graduated from... View Obituary & Service Information

The family of Daniel E. Taylor created this Life Tributes page to make it easy to share your memories.

Send flowers to the Taylor family.