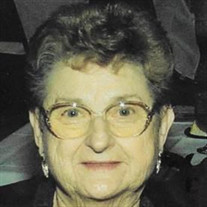 Barbara Ellen (Hoover) Fox – Passed away October 6th, 2020 at Spring Hill Convalescent Center in Springhill, Florida, at the age of 88. She was born June 12, 1932 in Anderson, Indiana, the daughter of Charles Hoover and Cora (Orr) Hoover. She lived in Anderson, Indiana where she attended the Church of the Brethren and later attended Ball State University in Muncie, Indiana. On December 22nd 1951 she married Samuel D. Fox Jr. in Anderson where they raised their four children and were members of the First Presbyterian Church. Barbara worked with various church, scouting and outreach groups helping the children and less fortunate in the community. She also worked as a realtor and book seller for many years. Upon Samuel’s retirement they moved to Port Richey, Florida where she enjoyed painting, traveling, golf and time with her family. She was a member of St Mark’s Presbyterian Church. She is survived by two sons, David A. Fox and Daniel A. Fox, a daughter, Maribeth L. (Fox) Kirk. She also leaves eight grandchildren; David A. Fox Jr., Nicholas A. Fox, Kristina (Fox) Latham, James A. Fox Jr., Jacob M. Kirk, Taylor J. Kirk, Charles A. Fox and Stephanie M. Allen. Seven great grandchildren; Ethan A. Fox, Addison E. Fox, Peyton L. Kirk, Sadie M. Kirk, Henry J. Latham, Iris Allen, Ava Allen, Braden Allen and several nieces and nephews. She was preceded in death by her husband, Samuel D. Fox Jr., a son, James A. Fox, twin sister, Virginia (Hoover) Bender, sister, Marjorie (Hoover) Martin, brother Kenneth Hoover and Joseph Ritchie who was raised by her parents. Regrettably, Barbara was not allowed to have her family by her side during her last hours due to the unfortunate government regulations forced upon those requiring family support in their greatest time of need. The family would like to express sincere thanks to special friend, Jaci Gisriel, for her years of friendship and help, along with the staff at Pine Lodge, Atria Evergreen Woods, for all their expert care during Barbara’s stay.

Barbara Ellen (Hoover) Fox &#8211; Passed away October 6th, 2020 at Spring Hill Convalescent Center in Springhill, Florida, at the age of 88. She was born June 12, 1932 in Anderson, Indiana, the daughter of Charles Hoover and Cora (Orr) Hoover.... View Obituary & Service Information

The family of Barbara Fox created this Life Tributes page to make it easy to share your memories.

Send flowers to the Fox family.